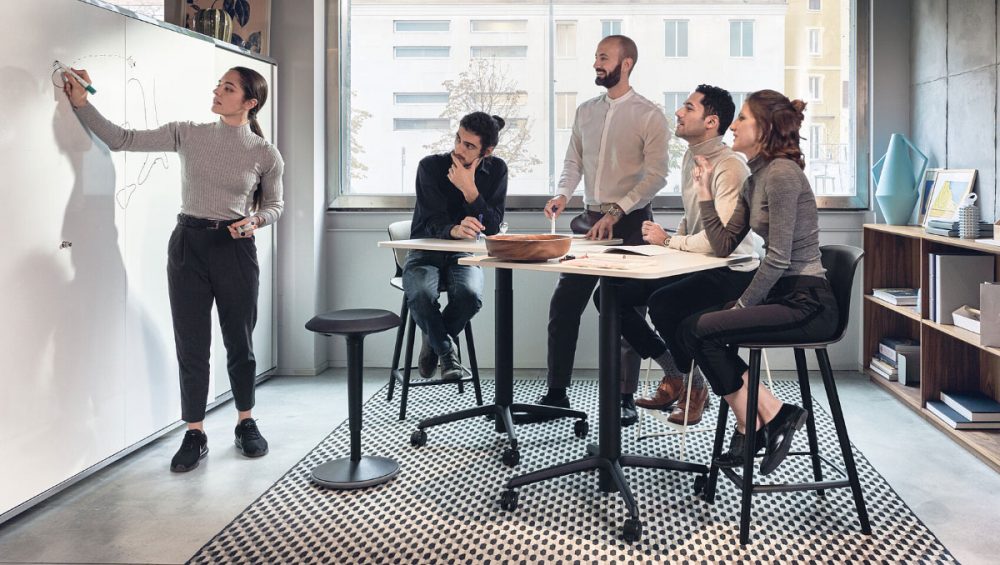 We should be careful not to read too much into the results of the ongoing Great Workplace Experiment, if only because it is happening under very peculiar conditions. We’ll only really understand it in retrospect and what we’ll probably conclude is that it taught us things we already knew (more or less) about humans, their interactions with each other and the working cultures they create ,especially in the quest for collaboration.

It’s become something of a cliché to suggest that we remain largely the same creatures that first evolved as Homo Sapiens many millennia ago, which would explain why anthropology is an increasingly important field of study in the workplace realm. We are contrary beasts, with often unknowable, irrational and conflicting instincts.

It also explains the many paradoxes that arise when we are presented with new tools. And one of the greatest is why new forms of communication technology don’t always improve our communications, or at least not in the ways expected.

Hence, the discovery of the phenomenon known as Zoom fatigue. Google Trends data shows that nobody was talking about it at all until the Spring of 2020. By the end of the year, we all knew exactly what it referred to.

A study published in the Spring of 2021 in the American Psychological Association’s journal Technology, Mind, and Behaviour found that meetings conducted via video calls leave participants feeling more exhausted and emotionally drained than those held face to face.

The study found there are four important factors that make video calls so exhausting; the constant need for eye contact, the ability to see one’s own face constantly during meetings, the need to sit still for long periods and difficulties in interpreting or communicating via body language.

In addition, far from leaving people to focus on individual work, the lockdown meant they held more meetings and worked longer hours according to a study of 3 million people by researchers at Harvard Business School.

This might be because we continue believe that good communication is linked to the number of interactions people have with each other and not the quality of those interactions.

Another piece of research from Harvard Business School looks at how people work together to solve problems across a number of different levels of interaction, both in person and using digital wok scheduling tools.

It found that too much interaction can be just as bad for outcomes as too little. Instead, there is an optimum level of interaction at which things are just right, with neither too much nor too little interaction. The study calls it the Goldilocks Point.

The lead researcher Ethan Bernstein argues that communication tools can be counterproductive if overused. He contrasts this with interactions in the physical world in which we break contact with work and colleagues intuitively. “Once upon a time, work in real workplaces was intermittent,” Bernstein says. You would go from your office to a meeting to your office again or go home. But technology has changed all that. “These always-on technologies mean that we’re always in constant interaction with others.”

These studies all challenge the assumptions we are prone to make about how we collaborate and communicate, both in person and digitally. And the lessons they offer cut both ways.
So, while the changing workplace ecosystem is likely to mean an enhanced role for the office as the primary setting for collaboration and serendipity, there is a Goldilocks Point here too. It is possible to expose people to too many interactions in an office and we don’t necessarily improve their collaborative potential by increasing the number of times they bump into or overhear each other.

In addition, many people will continue to use the office as a place for focussed work, because of their circumstances, personal preferences or the nature of their work.

As is so often the case, the solution relies on finding the right balance. This is just as true in physical space as it is digital space, so our understanding of the role of activity based working and other models of office design that offer people choices will remain essential.

Communicating and collaborating effectively as part of a team means creating time and space to be on our own sometimes. A well-designed office will allow people to do exactly that as part of a working culture that takes advantage of the potential of digital tools and spaces. It’s not a zero-sum game, home versus office, but one in which we empower people to make the right decisions for themselves and the organisation at any given time.